When you book with an account, you will be able to track your payment status, track the confirmation and you can also rate the tour after you finished the tour.
Sign Up
1392

Bhutan, also known as The Land of the Thunder Dragon, is a beautiful country that successfully blends the charms of nature with the powers of spirituality. People who opt for Bhutan packages are usually looking forward to a couple of days in the refreshing environment surrounded by the mountains and the greenery and the country never lets down the visitors. Bhutan is a fascinating country that prefers Gross National Happiness to Gross National Product which has become one of the most intriguing facts about the nation.

Bhutan tour packages from India are very popular and the places that are covered are Thimphu, Paro, Phuentsholing, Chele La Pass, several monasteries, and many local attractions. The overall experience is very uplifting as you get to learn about the culture of a different country while also been in such close quarters with the locals as well as their lifestyle.

Usually, Bhutan tour packages from Delhi start by arriving either at the Bagdogra airport or at New Jalpaiguri railway station and then starts the awaited journey to the Land of the Thunder Dragon. On day 1 of your Bhutan tour package, you will be introduced to both your companions for the trip as well as the trip lead who will be joining you to enhance the overall experience. After the group has assembled, the journey towards Phuentsholing would commence. Phuentsholing is a Bhutanese border town located at a distance of 166 km from Bagdogra airport (via NH 17) and at around 158 km from the New Jalpaiguri railway station (via NH 17) so it takes around 5 hours to reach there and, hence, it is somewhat necessary for you to get started on the journey by 12 p.m. The journey is a delightful one so you must not let your eyes rest in between as you will also be passing the widely popular tea-estates of West Bengal.

On reaching your destination for the day, you can check-in to your hotel rooms, relax for a while, and then explore the local market in the evening. Later, call it a day after having a scrumptious dinner at the hotel.

Day 2Travel from Phuentsholing to Thimphu

Start your day with a nice breakfast and then check-out of the hotel. This day is reserved for getting the required permits and for traveling to the capital of Bhutan i.e. Thimphu. To get the permits, you will have to visit the immigration office and the process requires everyone to carry their passports and some passport-sized photographs. Once everybody has collected their permits, the drive towards Thimphu will start. It is a beautiful journey which would definitely compel you to take a few stops in between so that you can take in the beauty of the place. The distance that would be covered on the 2nd day is going to be around 150 km and once you have reached the city, you can rest in your hotel rooms and then go strolling a bit around the place.

Thimphu makes for an amazing travel destination as it houses several beautiful as well as religious attractions and, hence, it is better if you start your day at the earliest to explore the maximum places. Begin the day with a filling breakfast at the hotel and then head towards Tashichho Dzong, your first stop for the day. Tashichho Dzong is a Buddhist monastery with a beautifully crafted architecture, especially known for its triple-tiered golden roofs. Over the years, it has been renovated a couple of times and hosts the famous annual festival of Tsechu as well.

After this, you can visit several other places such as Tango Goemba, National Library of Bhutan, and Dechen Phodrang Monastery. The National Library of Bhutan serves greatly the literature enthusiasts as the place has nicely preserved various ancient Buddhists scriptures. Moreover, while Tango Goemba is another monastery that Thimphu houses, Dechen Phodrang Monastery is the one that’s the original site of the Thimphu Dzong (a.k.a. Tashichho Dzong). As the evening approaches, spend some time at the Buddha point and witness nature’s one of the simplest yet the most magnificent phenomenon i.e. the setting sun, which also has a tinge of romance and is credited as one of the trip’s highlights by the couples who go for Bhutan honeymoon packages. Moreover, you must also collect your permits for Chele La pass from the immigration office.

You can also stroll around the local marketplace and then return to the hotel rooms and take a good night’s sleep.

Day 4Travel from Thimphu to Paro

The 4th day of the trip is reserved for traveling from Thimphu to Paro and you will be covering around 50 km (via Phuentsholing). Paro is an important Buddhist town with many sacred places and the beauty of Paro Valley is something you can totally vouch for. As this journey would only take around an hour and a half, you will also be going to Chele La Pass the same day.

After you arrive at your destination for the day, check-in to your hotel, freshen up, and then get ready for the next adventure. Chele La Pass is known for being the highest motorable point in Bhutan that perches up to a height of 3,988 metres above the sea level. The journey passes some beautiful landscapes and while on the way, you need to make a stop at the Airport View point that caters you with an amazing view of the valley. As you return to Paro, you can also explore some local cafes and food joints.

Then, return to the hotel, enjoy a nice dinner, and sleep.

Day 5Sightseeing in Paro. Travel Back to Phuentsholing

Paro is an extremely popular Bhutanese town that teems with several places of attraction and some of the many local attractions that you can visit are Jangtsa Dumtseg Lhakhang, National Museum of Bhutan, Namgay Artisanal Brewery, Dasho Nishioka Chorten Museum, and Rinpung Dzong Monastery.

The distance from Paro to Phuensholing is around 140 kms which will take you around 4 hours to reach your destination for the day. As soon as you reach Phuentsholing, rest at your hotel rooms, have a nice dinner, and conclude the day.

On this day, you will be taken back to Bagdogra Airport /New Jalpaiguri Railway Station hence wrapping up your Bhutan adventure. You will reach the airport /the railway station at around 1 p.m. so plan your return tickets accordingly. 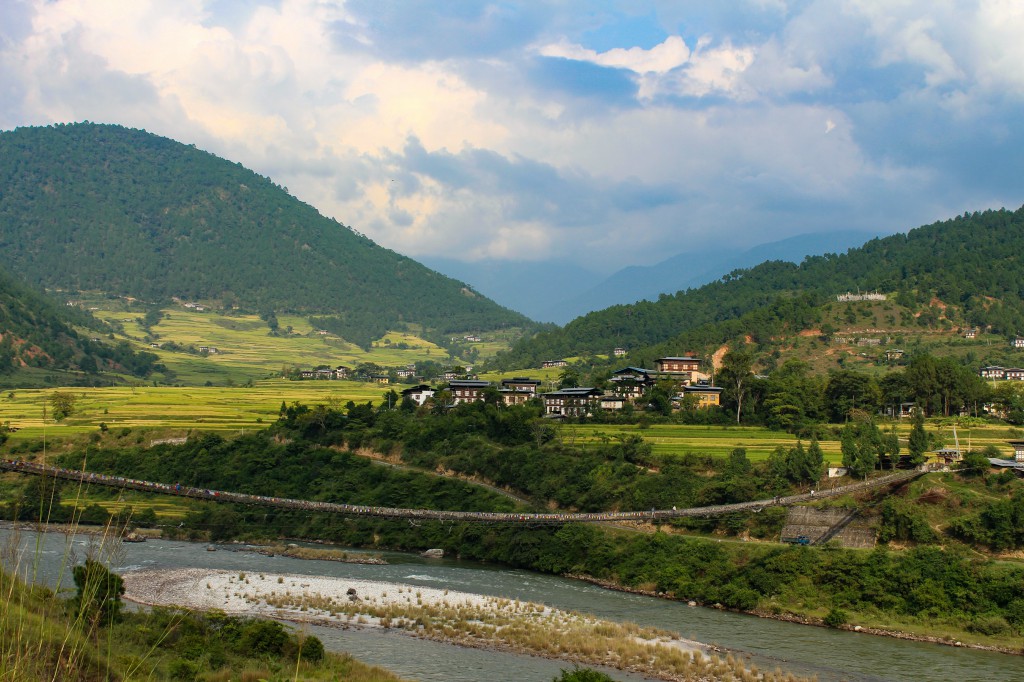 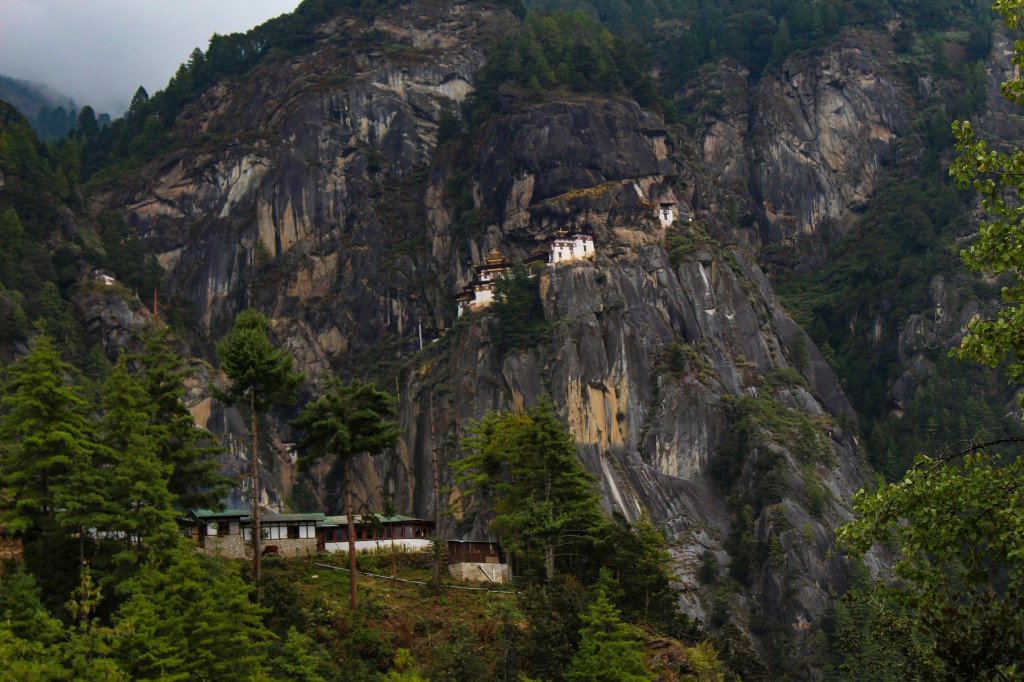 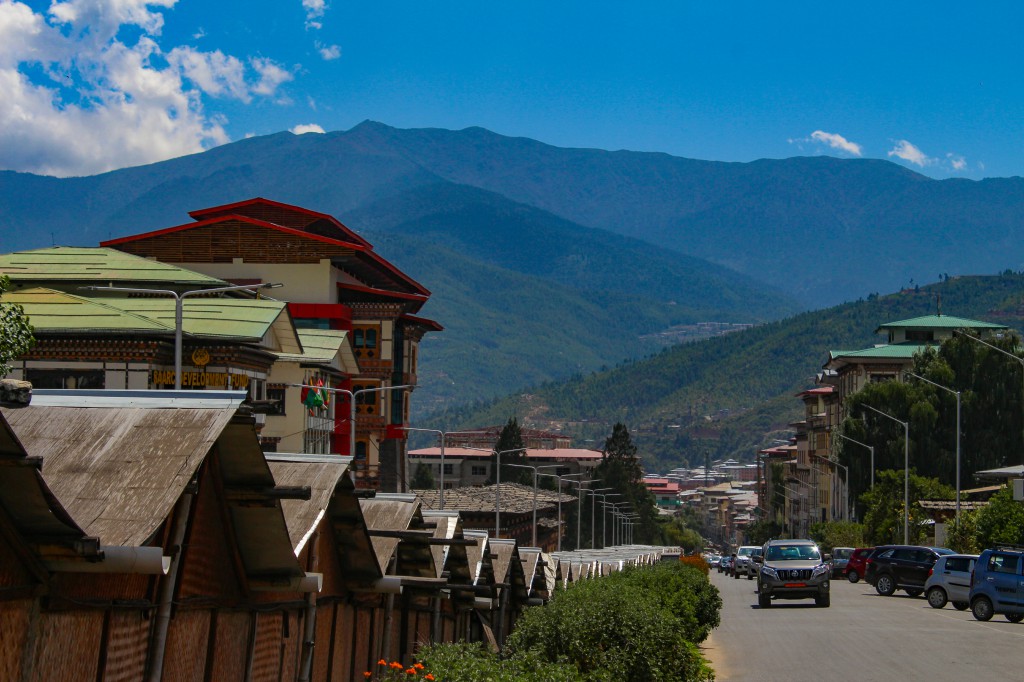 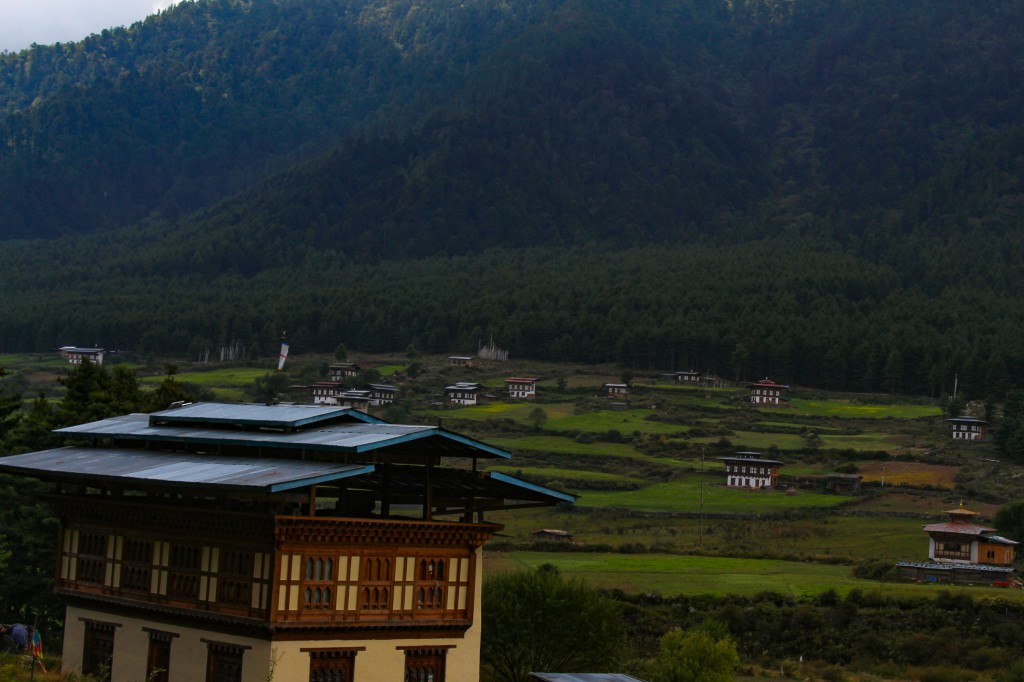 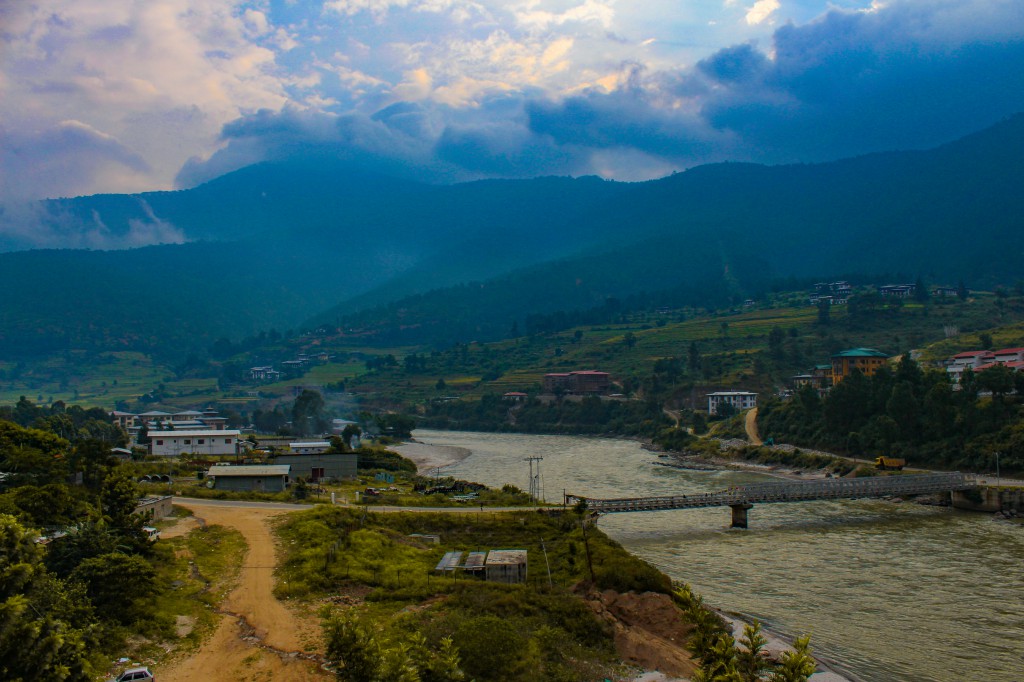 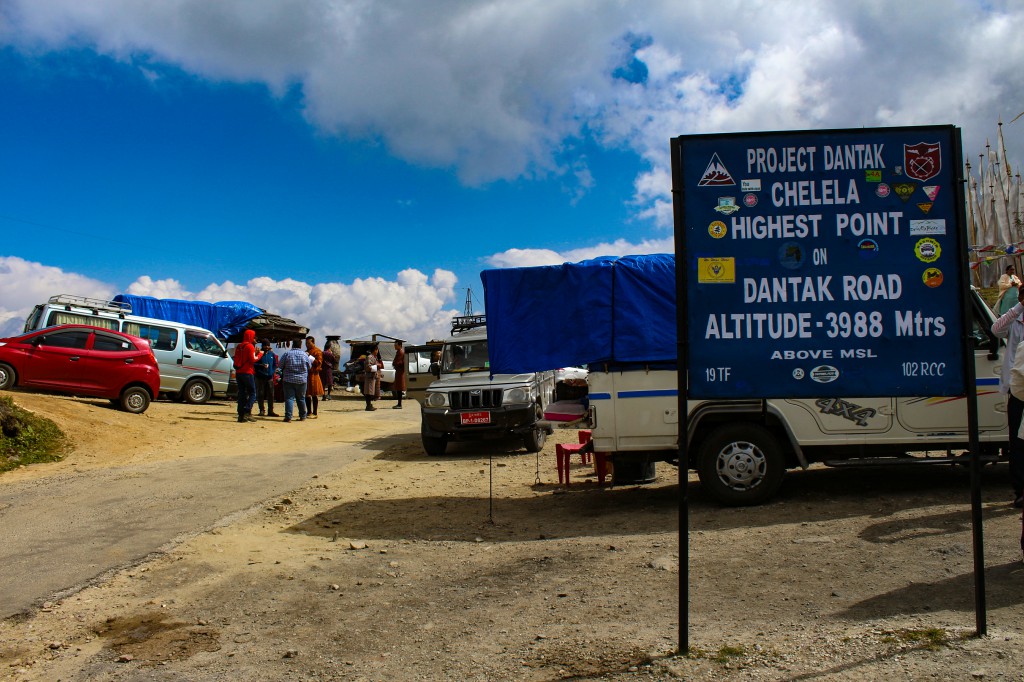 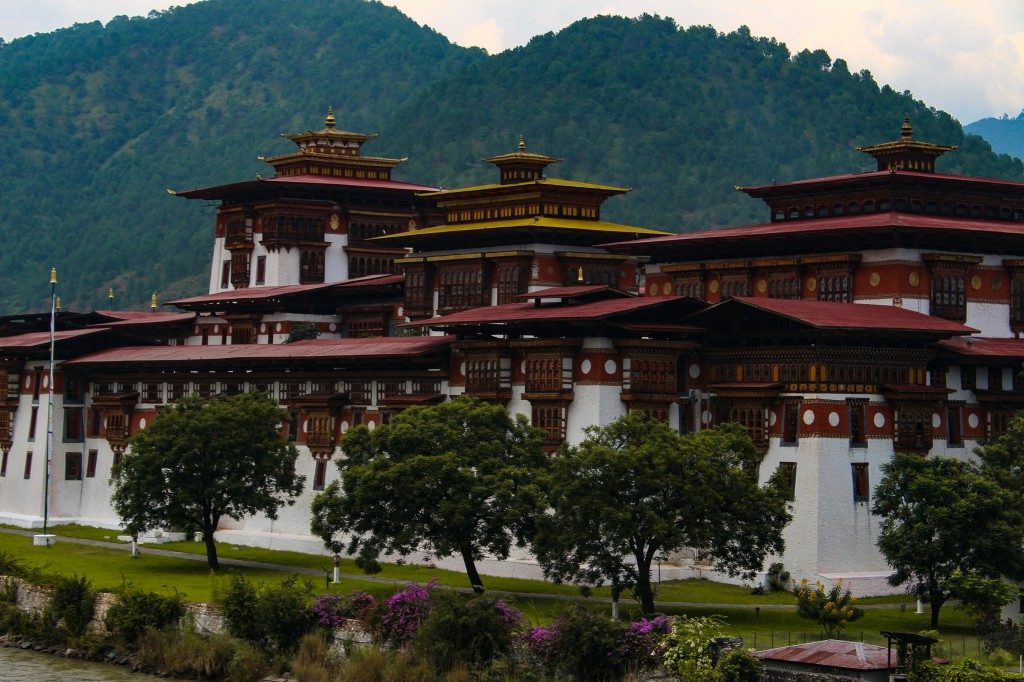 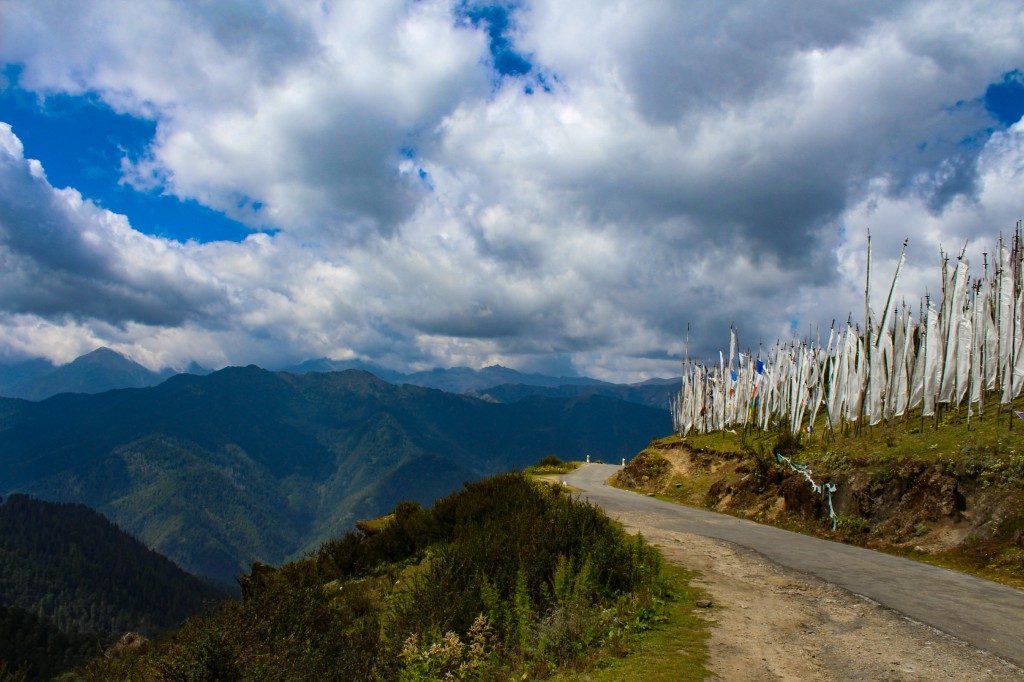