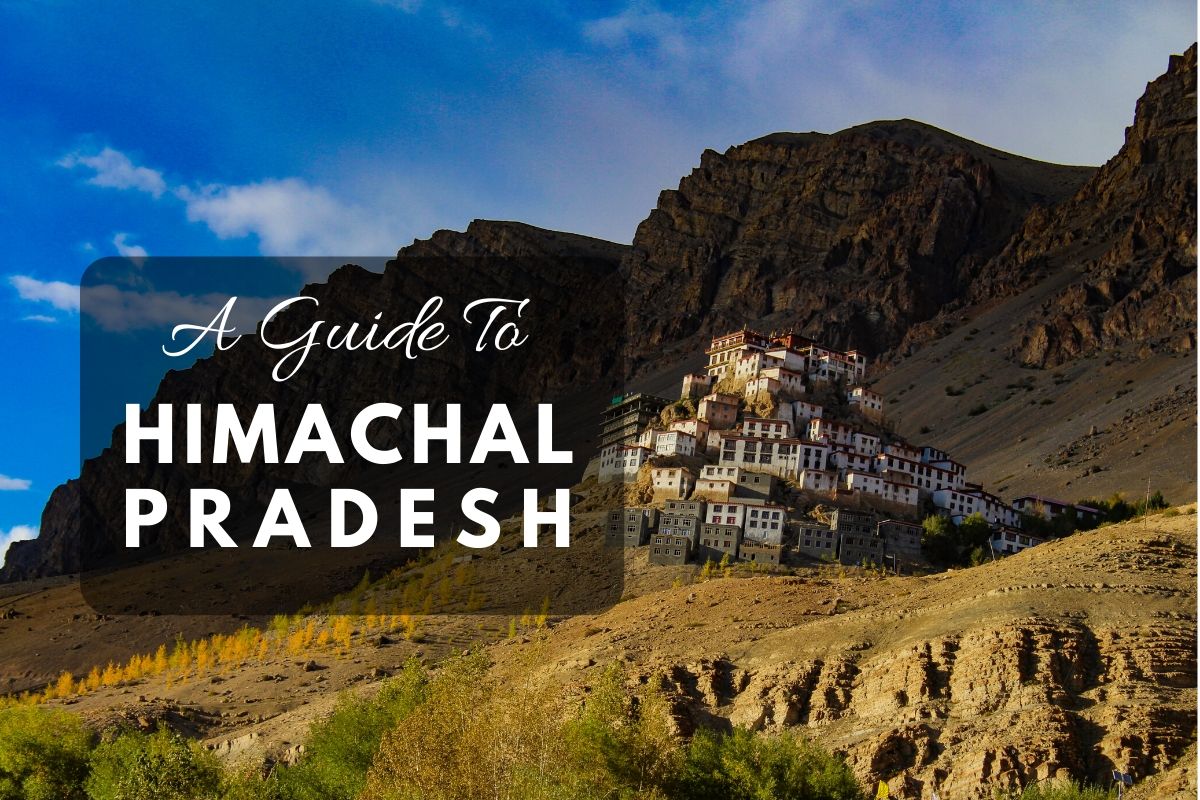 The name, Himachal Pradesh, literally translates to “The land of Snow” in the Sanskrit language. The aptness of the name is validated by the spectacular snow-clad mountains which provide a beautiful backdrop to the majority of places in the state. Located in the Western Himalayas, most part of the state lies on the foothills of the Dhauladhar Range and being a mountainous state, it is famous for its timeless natural beauty, gorgeous river valleys, the greenery, soothing climate, trekking trails, countless temples, and monasteries.

Perched at 6,816 m, Reo Purgyil is the highest mountain peak in Himachal. The state is also referred to as “Dev Bhoomi” or “Abode of Gods” and houses many religious Hindu sites and temples including Naina Devi Temple, Baijnath Temple, Bijli Mahadev, Jwala Ji Temple, Jakhoo Temple, and Renuka Lake. Some of the oldest Buddhist monasteries are also located in the state like Tabo Monastery, Sherabling Monastery, Kee Gompa, and Brelengi Gompa.

The state is gifted with many scenic hill-stations including Shimla (the capital of Himachal), Manali, McLeod Ganj, Dharamshala, Dalhousie (winter capital of Himachal), Kullu, and Chamba. It is also famous for its adventure tourism activities including skiing in Manali & Narkanda, snowboarding in Kufri, ice-skating in Shimla, paragliding in Bir-Billing, and trekking in various parts of the region. The Kalka-Shimla Railway, a mountain railway, is listed as a UNESCO World Heritage Site.

Himachal also enjoys a diversity of plants and animals which add to the natural splendor of the state and the state is also hailed for its handicrafts. Leatherwork, shawls, woodwork, carpets, Himachali Caps, Chambal Rumaals, and Kangra Paintings are famous among the tourists and Himachali dance and music also have the capacity to entertain the tourists.

Must visit places in Himachal Pradesh:

Take toy train ride from Kalka to Shimla – This is an experience that you just can’t miss out.!! This, over a century old, mountain railway is listed as a UNESCO World Heritage Site and offers a splendid view of the hilly terrains dotted with emerald green forests.

Attend the Shoton Opera Festival in Dharamshala – “Shoton” in Tibetan means yogurt banquet. So, this celebration marks the end of the summer retreat of the monks. You can be a part of the festivities at the Tibetan Institute of Performing Arts which conducts this 9 days long event. Tibetan art, culture, and folk music are promoted along with exhibitions of paintings of Buddha.

Heli-skating at Hanuman Tibba – This is a must do for all the adventure junkies as it is one of the most thrilling adventure activities that can be experienced in Himachal. Being in the lap of snow-covered mountains and making your way through them with a clear azure sky overhead is an experience of a lifetime.

Go shopping at the Ridge, Shimla – This is the favorite spot amongst visitors to shop charming little wooden souvenirs along with various other kinds of souvenirs. The Ridge also provides with some amazing cafes and local eateries which serve savory local meals.

River rafting in Manali – It is the most sought-after water activity in Manali where you enjoy the thrills of Beas river. The stunning views and the adrenaline rush offered by this activity are worth experiencing.