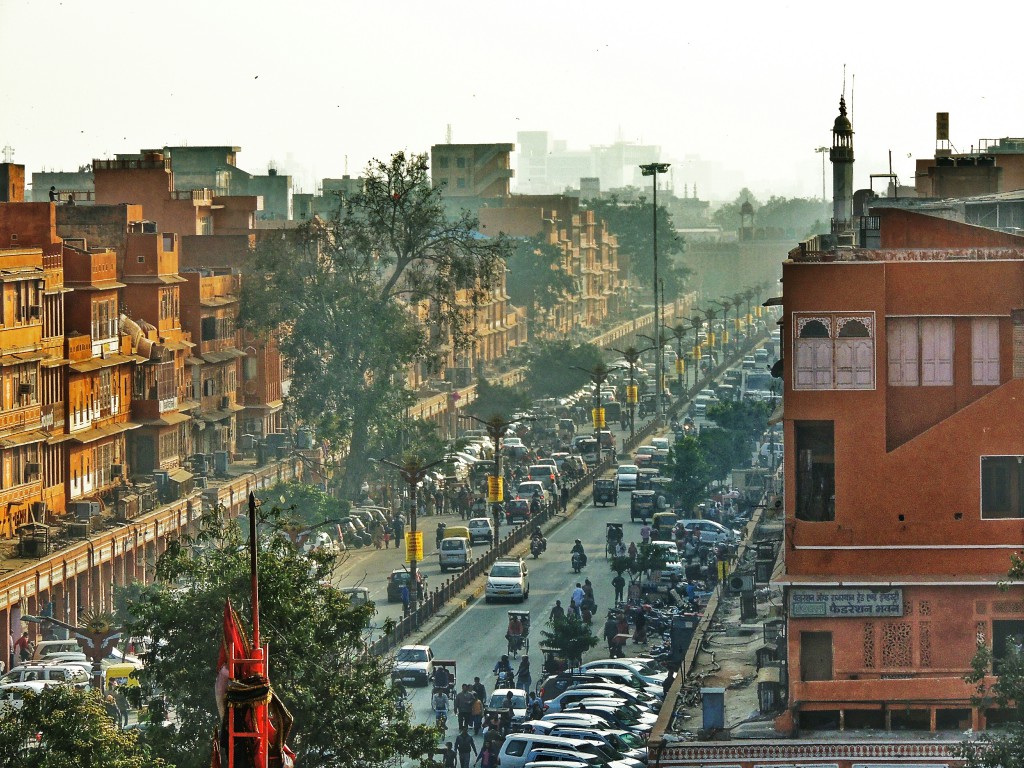 India, with its endless natural diversity and rich artistic legacy, is a traveler’s paradise. The variety of places to visit in India is overwhelmingly large and fascinating. The varied facets of our culture make it all the more intriguing to travel in India.

Being the seventh-largest country in the world, everyone can find his dream places to visit in India. Be it a spiritual destination, an adventure spot, or any other sort of destination, you just name it and there will be one. Every nook and corner of this country is capable of leaving you awestruck and mesmerized. With its snow-clad mountains, the backwaters, the dense forests, enchanting beaches, breathtaking ghats, and colossal ancient architecture, it is always rewarding to travel in India.

So, here we have tried to list 10 must-visit places of the Indian subcontinent.

Also known as Kashi and Banaras, the city of Varanasi is the key to the realms of spirituality and it is also one of the most visited places in India. This is the city where many great poets and writers composed the epitome of their creations on its mystifying Ghats. The pre-dawn hues offer a kaleidoscope of the dynamic scenery which leaves the heart in a trance. The boat rides in the holy river Ganges have the capacity to transcend you to an establishment of pure bliss. The various ghats that are lined up across the river Ganges have a religious significance as they are very intricately related to Hinduism and its death rites. One is believed to achieve salvation only by visiting Kashi.

This city has a heart of its own and that can be felt in the local markets where various artisans showcase their crafts. The morning aarti, Subah-e-Banaras, at Assi Ghat, and the evening aarti at Dashashwamedh Ghat, are worth experiencing for their grandeur and spiritual augustness. 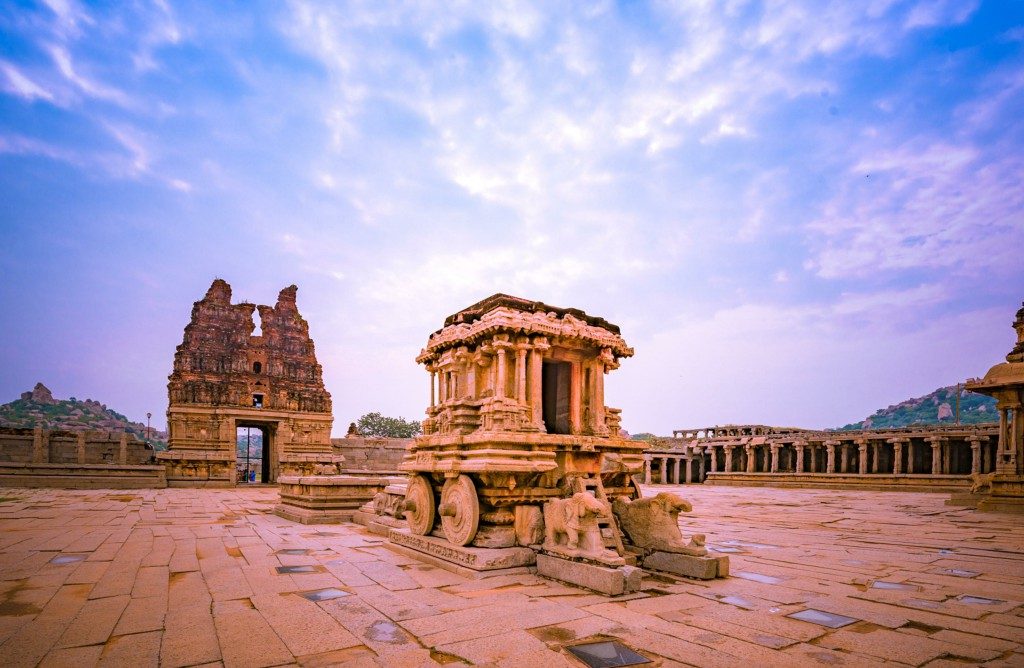 Hampi is an ancient village situated in Karnataka which is also one of the renowned UNESCO World Heritage Sites in India. In ancient times, the place was called Vijayanagara (the capital of the Vijayanagara Empire). The artistic temples of Hampi and the ruins of the city are a sight to behold. The underground temple of Lord Shiva is one of the oldest temples situated here, whose sanctum remains underwater for most part of the year. Matanga hills offer a dazzling vista of sunrise and sunset. Other important attractions are the Gagan Mahal, Hampi Bazaar, Riverside ruins, and royal enclosure.

Nestled amid the backdrop of the snow-capped Himalayan peaks, the Queen of Hills, Darjeeling, offers a medley of its emerald green tea plantations, lip-smacking food, gleeful toy train rides, Colonial architecture, alleviating climate and picturesque beauty. Considered as one of the best hill stations in India, Darjeeling has a lot to offer.

For those seeking escape from their mundane routines, the tea gardens of Darjeeling offer an alluring respite. The lush green estates with the cool breeze and misty weather also serve the visitors by exhibiting a wonderland where the “Champagne of Teas” is grown. This proximity with nature is craved by all and the tea plantations of Darjeeling offer you a tranquil stay from the hustle-bustle of the routine.

The spellbinding backwaters of Kerala are a mélange of a scenic stretch of lakes, inlets, canals, and rivers. The kettuvallams (Kerala houseboats) in the backwaters are one of the most sought after attractions in Kerala. The arcadian backwaters cruises are an unparalleled adventure. The virgin and unspoiled backwaters provide the visitors to enjoy and explore the beauty of nature at its best. This tropical paradise possesses an extravaganza of multi-colored birds and appetizing freshwater fishes along with blooming blossoms. The Alleppey backwaters, also known as “The Venice of the East”, is the favorite destination for tourists interested in exploring the backwaters of Kerala.

Delhi is a beautiful melody composed for the ones who are capable enough to embrace its chaotic charm. Delhi has a lot in reserve to offer. The architectural masterpieces, the mouthwatering cuisines, beautiful mosques, majestic marketplaces, and amazing temples offer a plethora of exciting activities that one can experience in Delhi. The qawwali sessions at Hazrat Nizamuddin Dargah must be attended to align with the Sufi culture. The marketplaces like Sarojini Nagar, Dilli Haat, Chandni Chowk, and Khan market are shopaholics empyrean. Delhi is also famous for its lip-smacking delicacies of varied cuisines.

Few of the other attractions of Delhi include Humayun’s tomb, Lodhi Gardens, India Gate, and Bangla Sahib Gurudwara.

The outlandish beauty of the Andaman and Nicobar Islands, an Indian archipelago in the Bay of Bengal, has always been the cynosure amongst the thrill-seeking travelers. They are bestowed with around 300 islands with pristine beauty. The palm-lined white-sand beaches, tropical rainforests, coral reefs, and mangroves, along with a wide range of adventure activities like scuba diving, snorkeling, and trekking amongst the dense forests, make these islands the ultimate paradise. Besides the exotic islands and beaches, Katchal Island is also the home to the Nicobari tribes, and one must not miss its unspoiled wilderness and the lifestyle of indigenous people.

Located in West Himalayas, Valley of flowers is an enchanting meadow of endemic alpine flowers and diverse flora and fauna. With meandering waterfalls and delightful treks, this is a perfect getaway from our diligent routines. It’s the core zone of Nanda Devi Biosphere Reserve and animals like snow leopard, musk deer, Asiatic black deer, and brown beer can be spotted. This place never fails to entrance the travelers with its myriad of vibrant flowers.

The incandescent royal beauty of the Pink City, Jaipur, stands as a testimony to its cultural legacy and prestigious past. Reputed for its forts and camel rides, tourists from all over flock to this royal city every year to discover its breathtaking attractions. This city has the power to entice anyone with its architectural masterpieces like Jal Mahal and Hawa Mahal. Amber Palace, a UNESCO World Heritage Site, is a beautiful amalgam of Hindu and Mughal architectural styles. The unique combination of Indian and European styles can be witnessed at the Nahargarh Fort. Moreover, the Rajasthani cuisine and culture can be experienced at Chowki Dhani through puppet shows, folk dances, elephant rides, and camel rides. 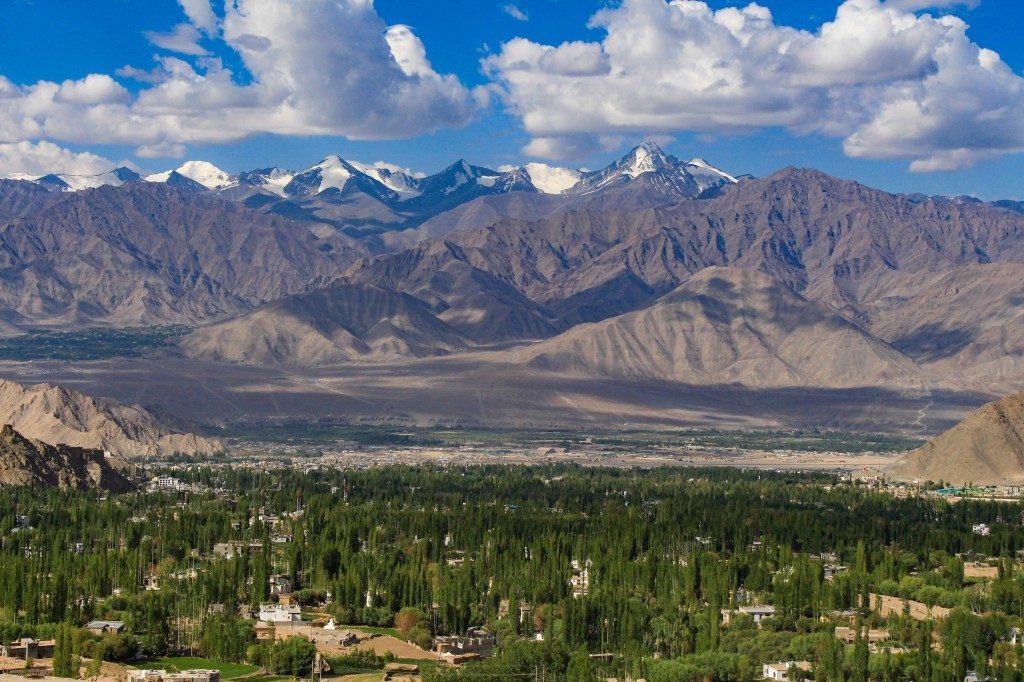 Leh, the land of monks and monasteries, and Ladakh, the capital of Buddhism in India, are the most coveted destinations amongst travel enthusiasts. The place is considered the Mecca of backpackers as the snow-capped mountains, the azure sky, gorgeous lakes, and the peace of the atmosphere, make it majestic in scope. The numerous lakes and monasteries add to the magic of the valley. Magnetic Hill, which makes you question the very existence of gravity, is a truly exciting experience. The jaw-dropping views at Tso Moriri Lake, and spectacular and serene Shanti Stupa on a hilltop in Changspa, are the experiences of a lifetime.

Nestled in the Himalayan range in Himachal Pradesh, this cold desert terrain, with a tinge of wilderness, is also called “Middle Land” or “Little Tibet”. The isolated monasteries, splendid lakes, thrilling passes and treks in the dream-like landscape of Spiti Valley, make Spiti a traveler’s paradise. The biggest and the oldest monastery, Key Monastery,  is surreal and unspoiled. Other monasteries worth visiting experience Buddhist influence in the valley are Dhankar, Lhalung, Komic Gompa, Gandhola, and Tabo. Camping at Chandra Taal Lake is a stupefying adventure as it changes its color throughout the day. Biking and trekking trips are also common as there are various passes and trails including Pin Parvati Pass and Barchala Pass. Yak safari and white-water rafting are also electrifying ventures.