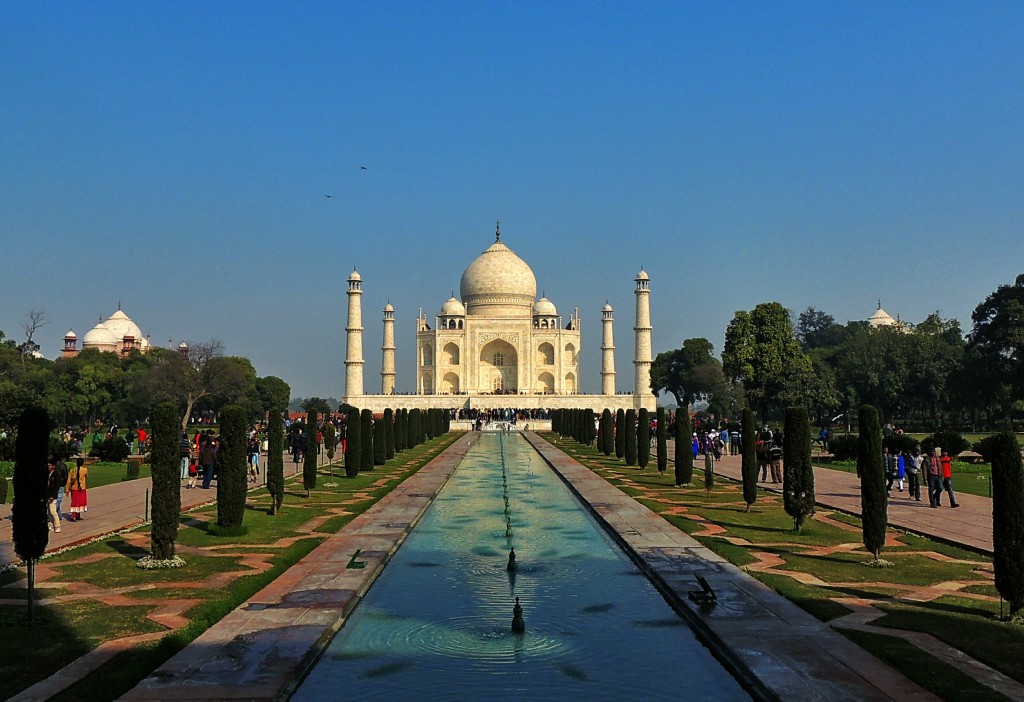 Ranked the most populous state in India and the most populous country subdivision in the world, Uttar Pradesh boasts of a past, unlike any other Indian state. This is the land that has seen the origin and extinct of various cultures throughout the reign of time. The state marks its presence in various mythological descriptions as well as in the Hindu, Jain, and Buddhism scriptures and Lord Rama, Lord Krishna, and Lord Buddha also blessed this land with their presence. Uttar Pradesh has been the heart of the Mughal Empire and emperors like Akbar, Babur, and Humayun governed their empires from the various cities of Uttar Pradesh. The further account showcases the Uttar Pradesh guide.

The state attracts tourists from the different corners of the world because of its rich past, cultural glory, breathtakingly beautiful holy sights, an excellent amalgamation of various art forms, colossal monuments, and much more.

The most precious jewel of the state is Taj Mahal which is one of the three UNESCO World Heritage Sites located in Uttar Pradesh along with Fatehpur Sikri and Agra Fort. Taj Mahal is a mausoleum dedicated to love built by the Mughal emperor Shah Jahan and is also listed amongst the New Seven Wonders of the World and is the most frequented tourist destination in the country.

Apart from the above-mentioned attractions, the state also hosts Maha Kumbh Mela every 12 years. It is one of the biggest religious gatherings where millions of Hindus along with some others devotees indulge in ritual bathing at the Triveni Sangam at Allahabad.

The state is also famous for its classical dance and music. The famous dance form, Kathak, was originated in Uttar Pradesh. The rich heritage of the region is celebrated through various forms of music like rasiya, qawwali, thumri, birha, and sohar. With all the riches of the state, the delectable cuisines add icing to the cake.

Visit as many monuments as possible: This incredibly beautiful state has a wide range of historical monuments to bewilder its visitors at its every nook and corner. One must thoroughly embrace the history that is enclosed within the walls of these monuments and try to get a hold of life and culture that prevailed in the gone eras.

Embrace the myriad experiences offered by the Ghats of Varanasi: The breathtaking scenery of sunrises and sunsets witnessed through these ghats is an elevating experience. Witness the morning aarti at Assi Ghat and evening aarti at Dashashwamedh Ghat to feel entranced by spirituality. Also, take a boat ride to soak in the energies of the city and be a part of Subah-e-Banaras.

Get absorbed in the festivities: We are all aware that in India we always have one or the other festival that demands our enthusiasm. So, while touring Uttar Pradesh, one must participate in any one of the state’s major festivals which include Kumbh Mela, Lathh-Mar holi, Dev Diwali, Taj Mahotsav, Buddh Purnima, Eid-ul-fitr, Chathh Puja, or Lucknow Mahotsav.

Eat, eat, and then eat some more: Feast on the endless delectable dishes offered by the Mughlai and North Indian cuisines. Due to the diversity in culture, the food items are also available in a wide variety including Korma, Litti chokha, kachori, biryani, sultani dal and so on. Imarti, kaju katli, kalakand, gond k laddu, and chandra kala are some famous sweets. Lastly, you can just not miss the Banarasi Paan which even has a Bollywood song dedicated to it.

So, go on and explore the realms of Uttar Pradesh.