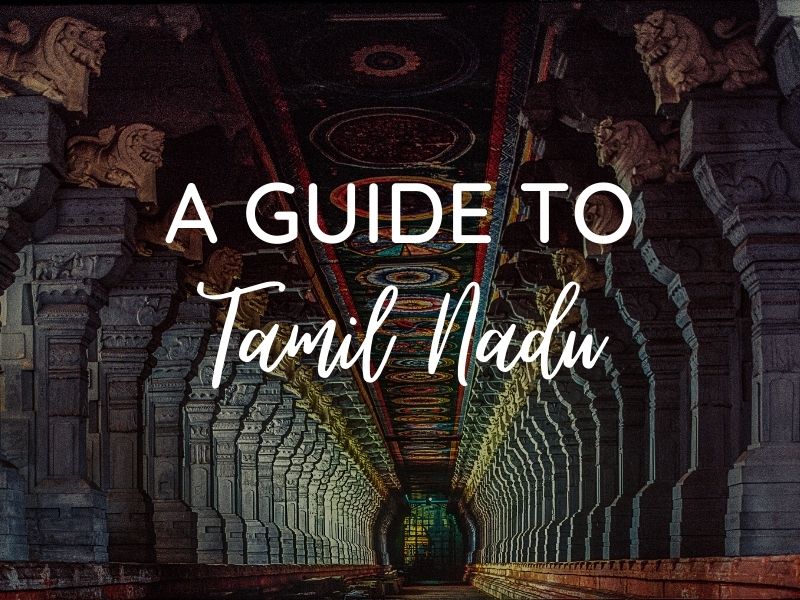 When it comes to the state of Tamil Nadu, one can witness the state’s cultural opulence. It is situated in the southernmost part of the Indian Peninsula and is home to countless temples and historic buildings which tell tales of the bygone eras. The marvels of Tamil architecture, historic hill-stations, varied religious sites, laboriously preserved classical culture, and eight UNESCO World Heritage Sites make Tamil Nadu top the bucket lists of travelers.

Tamil Nadu tops the list of the most visited states by both domestic as well as foreign tourists and has the largest tourism industry in the country. It revels in being the epicenter of Hinduism because of its multitude of Hindu sacred sites and temples, few of which are listed as UNESCO World Heritage Sites. It presents vivid colors of its history through the architecture of the Chola, Pandayas, Pallavas, and Nayak dynasties. The state is adorned with spectacular beaches, waterfalls, nature reserves, historic temple towns, and elaborately designed architecture.

Chennai, often regarded as the Gateway to South India or Detroit of Asia, is the capital of Tamil Nadu. Formerly known as Madras, the metropolis is famous for its beaches, ancient architecture, rich culture, and modern technological advancements. The city houses, Kollywood, India’s Tamil film industry. It also has the privilege of being listed in the UNESCO Creative Cities Network for its diverse musical traditions.

Tiruchirappalli is also known as Tiruchi or Trichy, and Rockfort City. It has a number of notable monuments depicting its past. Trichy was ruled by the Cholas, Pallavas, Pandayas, Mutharaiyars, Nayaks, Vijayanagara Empire, and the Carnatic state. Dravidian architecture can be seen in the buildings like Jambukeshwar Temple, Samayapuram Mariamman Temple, and Ukrakaliamman Temple. Many monuments of national importance are located in the city, the most prominent of which is the Rockfort which is famous for its rock-cut cave temples.

Madurai is a temple town which is also famous as Athens of the East, City of Festivals, Temple City, Jasmine city, and Sleepless City. There are many temples and monuments located in the city which hold historical as well as cultural significance. The Meenakshi Amman Temple, Tirumalai Nayak Mahal, Kazimar Big Mosque, and Thiruparankundram Dargah are the classic examples of the city’s prosperous past.

Vellore is another city which attracts tourists through its forts, monuments, parks, and places of religious importance. Vellore Fort is one of the most important attractions known for its grand ramparts and wide moat. Other engagements in the city include Srilakshmi Golden Temple, Jalakandeswarar Temple, St. John’s Church, and Government Museum.

Tirunelveli is famous for its Nellaiappar Temple, a temple dedicated to God Shiva, which is the largest Shiva temple in the state. It has many other temples and shrines and is also famous for its halwa (a sweet delicacy).