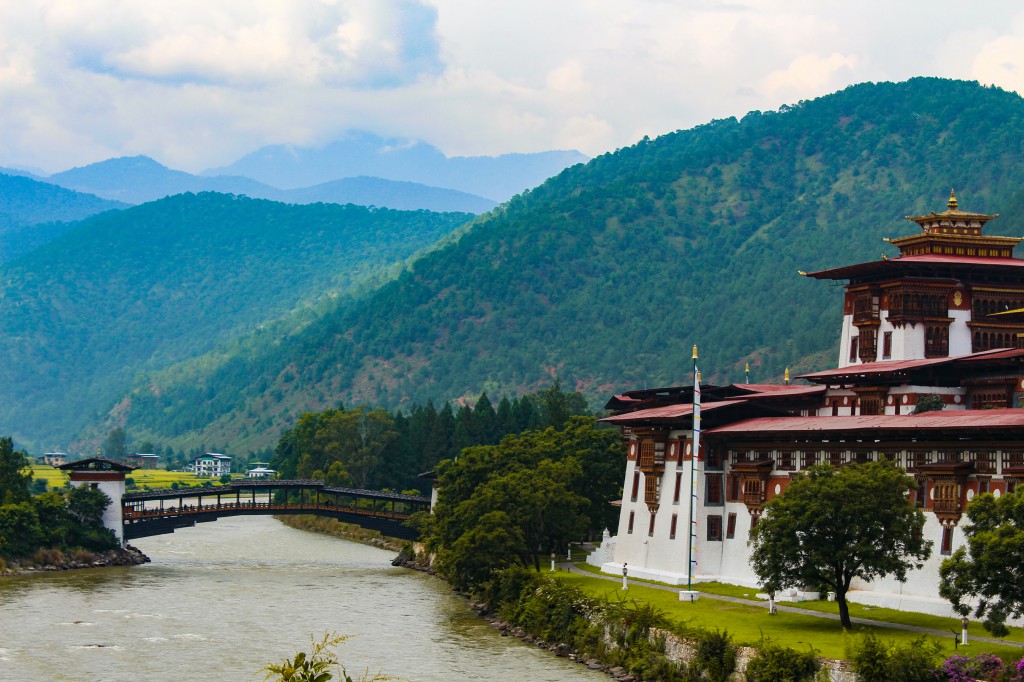 Bhutan has emerged as one of the most promising holiday destinations in the recent years because of its quintessential beauty and sublime natural resources which amalgamate to create a wonderful experience for its visitors. Housing a plethora of sacred sites and other places of interests, the country also flaunts its rich biological heritage which has gained international attention as well. Being one of India’s neighboring countries, it pops up as one of the best foreign destinations for Indians. Bhutan is comparatively easier to visit than other neighboring countries and hence there are several Bhutan packages for Indian tourists are available. Listed below are a few reasons in support of the argument –

1. No need of visa or passport

One of the key aspects for someone traveling to Bhutan from the neighboring lands of India is the fact that neither a visa nor a passport is required for you to embark on a travel to the beauty country. Even if the trip is planned on the last moment, you just have to make sure to collect all the required documents to obtain a permit to Bhutan at the border from the immigration office. You just need your voter ID card to apply for the permits. If you don’t have voter ID card then you would need passport to apply. Just make sure to arrive at the office on a weekday and, that too, during the work hours. As soon as you have filled out the forms and obtained your permit, you will be allowed to explore Bhutan and its rich cultural heritage.

Bhutan is the haven for all the spectacular and soothing facets of nature be it the gorgeous mountains, picturesque valleys, beautiful rivers, thrilling mountains passes, or the diverse flora and fauna. They all combine to form a very attractive blend which annually draws in a large number of tourists both from the neighboring countries like India and Bangladesh as well as from different countries from across the globe. However, if just the Indian tourists are concerned, Bhutan presents a landscape that is quite different from the one that is offered by the Indian mountains and hill-stations. Also, the mindset of the locals to preserve their environment has helped a great deal in boosting the reserves of the already beautiful country. Bhutan is also home to a number of treks and hikes which can be done by all the adventure enthusiasts to experience an adrenaline rush during their Bhutan travels.

Being a country that follows the philosophy of Gross National Happiness rather than the otherwise popular policy of calculating Gross Domestic Product, its populace comprises of some of the most calm and friendly humans that would make you feel warm and welcomed as soon as you enter their country. Bhutan is also a fairly Buddhist country which happens to be one of the many religions that preach peace and solidarity to its pupils. This has directly affected the behavior and demeanor of the Bhutanese folk which you will find to be very calm in contrast to the people of India who are filled with vibrant energies trying to make their way out through the everyday hustle and bustle. The people of Bhutan are more focused on cultivating their happiness and general good than just growing economically. So, be assured to meet some of the nicest humans on the planet whenever you plan to visit the country.

Another interesting thing about the Kingdom of Bhutan is its absolute concern towards the environment and frequently implementing rules and regulations that are in favor of the country’s biodiversity. Unlike most of the other countries, the government of Bhutan has always made it its one of the topmost priorities to constantly make its contribution towards the betterment of the country’s natural resources. It has also gained global acclaim for its mindful conservation strategies and initiatives while it has also been the country with net zero greenhouse gas emissions. In Bhutan, it has also been regulated by law that 60% of the country’s land area would remain under forest cover and all this has positively impacted the overall environment of the country. You can actually feel the freshness of the air you breathe in and on general, the place presents a clean picture which is another major reason to visit the “Land of the Thunder Dragon”.

Last but certainly not the least, a trip to Bhutan will not cost you an arm and a leg and you can experience all that the country has to offer within a reasonable budget. It is a myth that Bhutan is a cheaper country to visit. Instead, it is one of the most expensive countries as visitors have to pay USD 200 to stay inside the nation. For Indians and few other SAARC countries, this rule does not apply and which makes Bhutan one of the few foreign trips from India that are popular for being comparatively inexpensive while also not compromising on the travel fun. One Bhutanese Ngultrum equals an Indian rupee and, therefore, it is very easy to manage your money during this trip. Additionally, Indian currency is also accepted in most of the Bhutan making it even easier for all the Indian tourists during their travels.

To sum it up, there is no other country that you can explore on a budget that won’t cut a hole in your pocket while also offering you the supreme delights of a travel. So, make sure to add Bhutan to your travel bucket list and visit the country ASAP!!