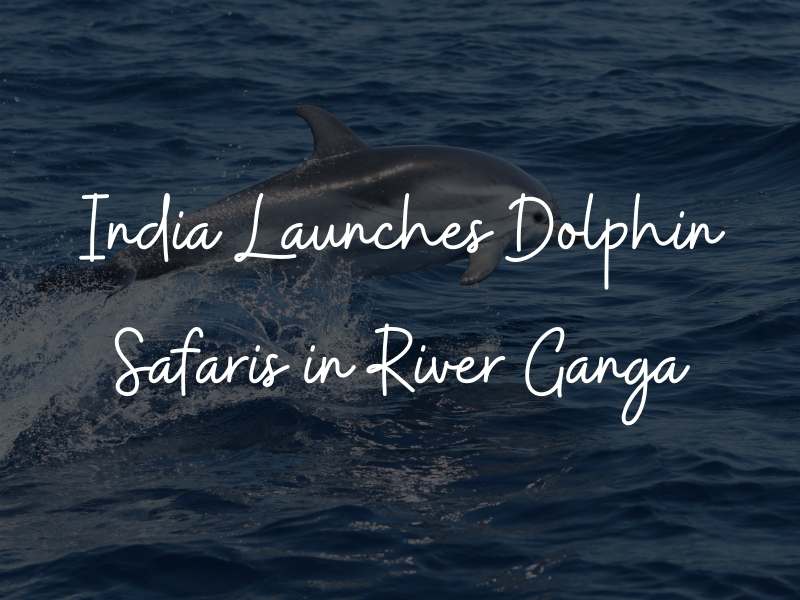 As a conservation initiative and promotion of eco-tourism, a dolphin safari program has been launched in River Ganga. Launched by the National Mission for Clean Ganga (NMCG) under the ‘My Ganga, My Dolphin’ campaign, the dolphin safari was announced on Ganga River Dolphin Day which is celebrated annually on October 5. If you are anything like us, we’re sure you’re as curious about it as we are. So let’s get some more details, shall we?

Where Can We Go For Dolphin Safari?

What Will Happen in the Dolphin Safari?

What to Know About Ganga River Dolphin/Gangetic Dolphin?

In 2010, The Ministry of Environment and Forest declared the Gangetic dolphin the national aquatic animal of India. As per reports, currently, there are about 3,700 Gangetic River Dolphins in India. They can be found in Uttar Pradesh Bihar, Rajasthan, Jharkhand, Madhya Pradesh, Assam, and West Bengal.

Also Read: 10 Offbeat Places To Visit In India Post Covid-19 To Take A Break, From The Break!