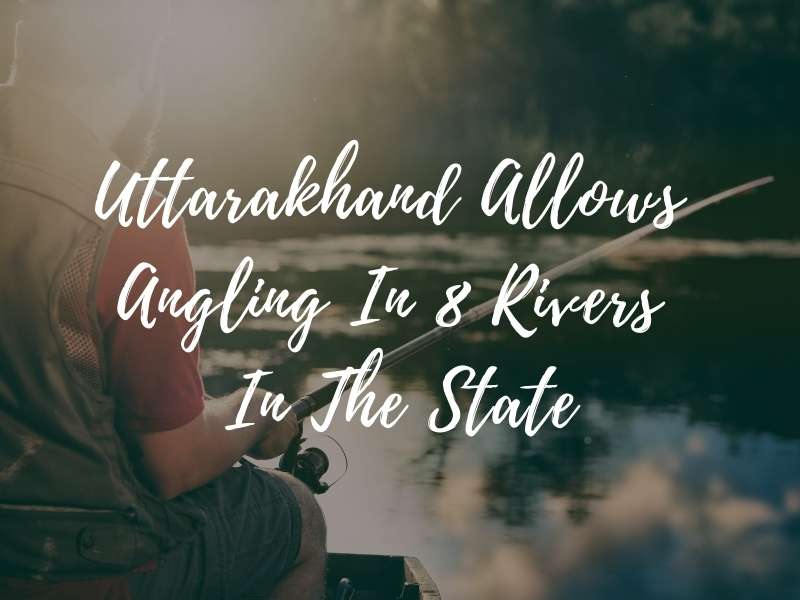 In an attempt to stoke its tourism that has slumped during the  COVID-19 pandemic, the Uttarakhand government has allowed angling in 8 rivers in the state on a “catch and release” basis only. It is to be noted that in 2018, Uttarakhand had banned angling activity citing animal cruelty.

Here’s all you need to know about angling in Uttarakhand:

Where is Angling Allowed in Uttarakhand?

Uttarakhand Government has decided 8 rivers in the state where the activity of angling can be carried out:

Is a Permit Required for Angling in Uttarakhand?

A permit will be required for carrying out the activity of angling in Uttarakhand. The Divisional Forest Officers (DFO) of the areas will be authorized to issue the permit for angling.

Is There a Specific Season of Angling in Uttarakhand?

The state has announced the period between September 15 and May 31 as the season of angling in Uttarakhand.

Which Fish Species Can Be Found in Uttarakhand?

The state is rich in Mahseer and Trout fish species for whom angling activity has been permitted now.

Also Read: India’s Highest Ropeway in Himachal will be ready in 4 years

A Note From Us As Responsible Travellers:

Like you, we also welcome the decision coming from the Uttarakhand Government. However, we’d like to personally request you to follow the angling guidelines and ensure that the fish caught are released back into the river.