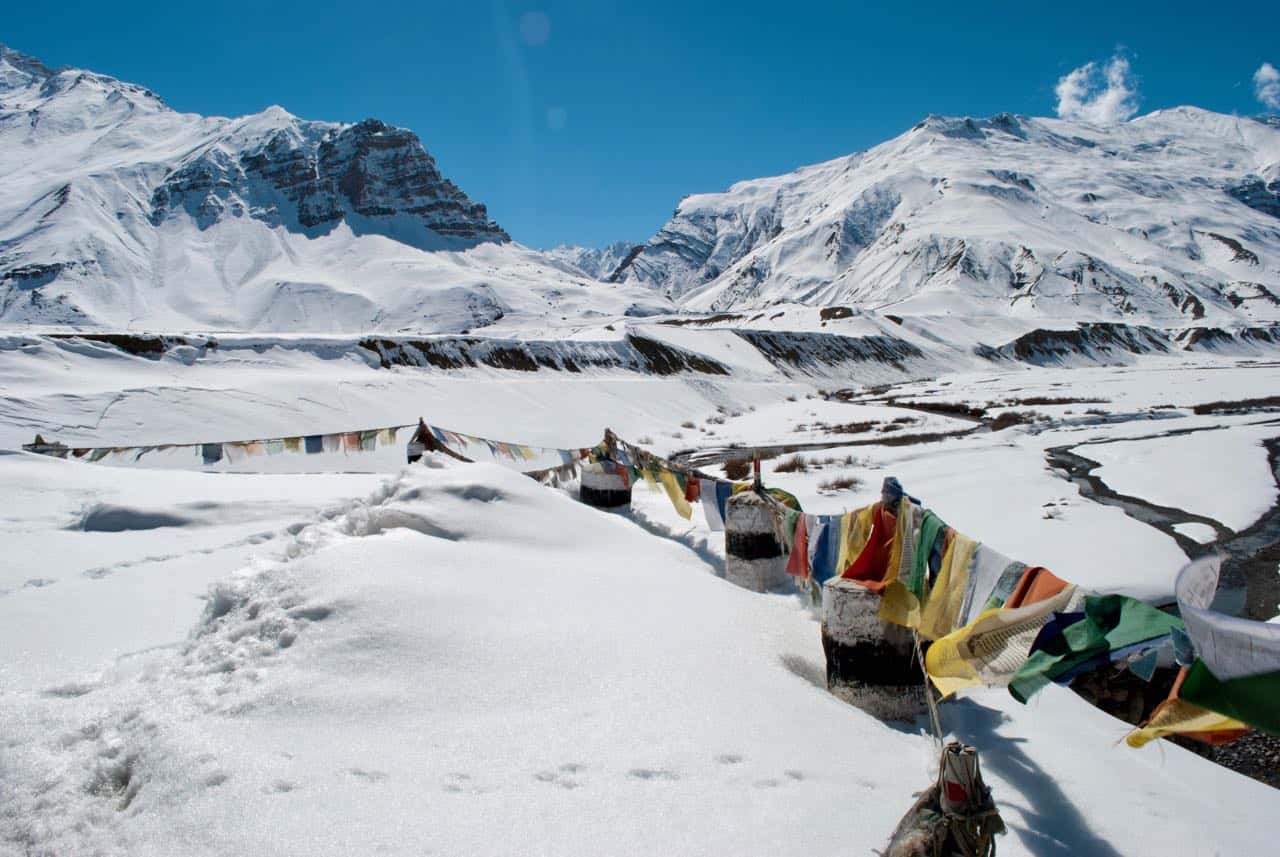 In India, winter comes as a majorly pleasant season as it gives the travellers a respite from the scorching heat and motivates them to explore a variety of places. The pleasant air and cool climate makes it a season when you can enjoy both the snow as well as some offbeat destinations which heat up with high temperatures during summer. So, following is the list of 10 winter destinations in India to experience the winter season at its best –

For the snow lovers –

With almost the entire state of Jammu & Kashmir brimming with beauty during winter, Gulmarg presents a magnificent picture all-cladded up in snow. It is one of the best destinations to visit in the state from November to February. It is a popular hill-station and the landscape becomes a postcard-perfect one. Skiing is the most exciting activity around here while you can also take a ride at the world’s second highest operating cable car ride at Gulmarg Gandola. St Mary’s Church, Baba Reshi Shrine, Alpather Lake, and Aparwath peak are some of the other attractions you can engage into.

Spiti valley replicates the mystical land of Narnia during winter. There are several reasons by which it is considered one of the winter destinations in India. Covered in thick snow, the place acquires a magical charm. It is a Buddhist cultural centre and therefore you can visit the monasteries to learn about the culture and legacy of Buddhism. The entire valley looks spectacular and it is impossible to get enough of the views because they are so many and so spectacular. The rivers and streams become frozen and the vast terrain and majestic mountain present an engrossing picture. You can enjoy trekking and camping apart from experiencing the local lifestyle.

It is truly correct to say that winters beautify Auli. It becomes a hub for skiing with loads of tourists. You must also take a Gondola ride in Asia’s highest cable car ride. Auli is surrounded by apple orchards and the sunsets and sunrises present a spellbinding view. Trekking is also an option around the places like Gurson and Kwani Bugyals. Some of the Himalayan peaks, like the Nanda Devi peak, are also visibe from Auli.

One of the important Buddhist centres, Tawang is also hailed for its pristine beauty. It houses Tawang Monastery which is India’s largest Buddhist monastery and is second largest in the world after the Drepung Monastery in Lhasa. Situated at an average elevation of 2669 metres, Tawang looks beautiful when enveloped in snow and can be explored by walking through the snow-covered paths. The place has extreme beauty in store for its visitors. Apart from the religious significance, Tawang’s scenic pleasures include the cascading Nuranang falls, picturesque P.T Tso lake, Sela pass, and Gorichen peak.

Though the high altitude regions in Sikkim like Gurudongmar lake and Lachung are blocked with thick snow during winters but still there are few places in Sikkim which are considered one of the best winter destinations in India. Gangtok is a fascinating hill-station nestled in Sikkim. With the place being welcoming and pleasant throughout the year, Gangtok’s beauty is glorified in winters. As the snow covers the town, a serenity resides in the place which is very soothing. You’ll be enthralled with the gigantic mountains, twisting paths, and generous locals. Tsongo lake reflects nothing but epic surroundings and Ganesh Tok View Point provides a decent overview of the town. You can also further your adventures by visiting the Nathu La Pass, which is the highest motorable mountain pass in the world.

For the offbeat explorers –

Kutch is a mesmerizing salt desert located in Gujarat which has Thar desert on one side and Arabian sea on the another. It is extensively rich in cultural heritage and it can be both seen and felt in the local lifestyle and traditions. Kutch Mahotsav is the most famous tourist attraction and allures large number of visitors every year. Mandvi beach fulfils the cravings of beach lovers while Dholavira engages the archeological enthusiasts. Kalo Dungar, i.e, Black Hill, is the highest elevated part of the region with a jaw dropping view of the Rann. Wildlife around the place can also be explored at Topansar Lake, Kutch Great Indian Bustard Sanctuary, Narayan Sarovar, and Marine National Park.

Also called the Venice of the East, Udaipur entrances the visitors through its kaleidoscopic lakes which reflect all the bright hues and character of the place. It is one of the best places to visit in Rajasthan and every years tourists, both native and foreign, flock to Udaipur every year, especially in winters as the climate isn’t harsh and lets one enjoy the place. Witnessing the sunset at Lake Pichola, hopping around forts and palaces, and gorging on the mouth-watering Rajasthani cuisine make the visit worth every penny and all the time.

Travel back in time, to the era of mighty kingdoms and dynasties through the ruins of Hampi. The temple town of Hampi is one of the UNESCO World Heritage Sites located in India which is best explored in winter as the temperature in summer may peak up to 37 degrees Celsius and hence it considered one of the best winter destinations in India. It was chronicled to be a prosperous centre of the Hindu Vijayanagara kingdom near the Tungabhadra river. The intricately carved sculptures depict the architectural finesse that prevailed in the era. It is centre for Hindu pilgrims as it has been mentioned in Hindu scriptures and houses a number of temples which include Krishna temple, Virupaksha temple, Hazara Rama temple, and Vitthala temple. Hampi bazaar attracts visitors for it has some budget hotels and restaurants.

Read Also: Why Bhutan is one of the best foreign destinations for Indians?

The turquoise sea and palm-lined beaches of Andaman make for a scenic getaway for winters as the climate becomes more pleasant and lesser humid. The archipelago abounds in biodiversity, both terrestrial and marine. The lush green forests, sun-kissed beaches, and innumerable water sports make this place seem like a paradise. Scuba diving, snorkelling, mangrove kayaking, and trekking are some popular engagements available here. Radhanagar beach and Elephant beach present a pretty picture with dolphins and elephants welcoming you to their place. You can also experience the bioluminescent beaches at the Havehock island.

Lucknow or the City of Nawabs is the capital of Uttar Pradesh and houses some of the best examples of Mughal and British architecture. You can enjoy a variety of architectural designs done with such craftsmanship that they themselves speak for their glorious past. Bada Imambara, Rumi Darwaza, Chattar Manzil, and La Martiniere College shoe the diversity in style. Lucknow is also famed dor its delectable cuisine. You just can’t miss out the biryanis, kababs, and rest of the street food. Shoppers can also delight themselves by buying handcrafted. Chikankari, the famous embroidery work, is known for its elegance and must be bought as Lucknow is famed for it.