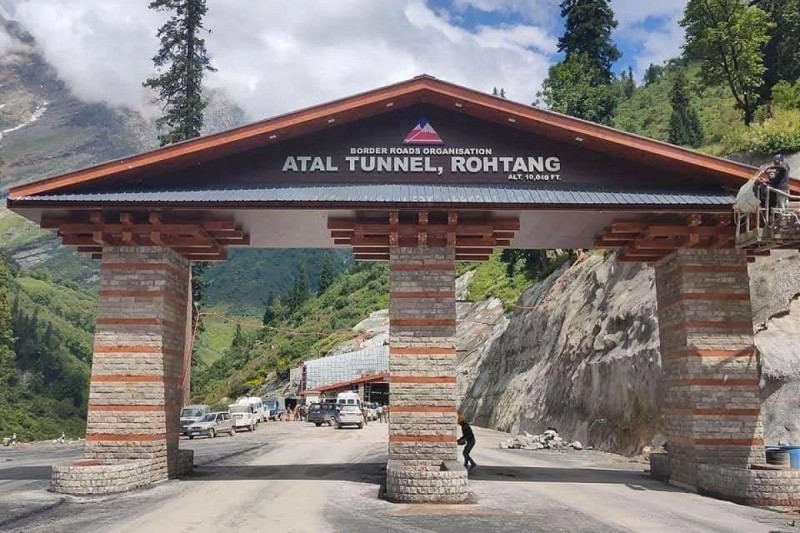 Nothing has ever been able to stop India from achieving milestones one after the other. Adding one more feather to its cap, the world’s longest high altitude tunnel, Atal Rohtang Tunnel, named after the renowned politician and former PM Atal Bihari Vajpayee, is all set to make its debut at the starting of October 2020.

Measuring 9 kilometers in length as per the GPS, this project spans over a period of about 30 years taking the research study, design, planning, and execution into consideration. While the study dates back to the year of 1990, the original research report was submitted in 2004. It was only by 2006 that the plan of action was finalized, post which the construction began in 2010.

While the foundation stone was being laid by Sonia Gandhi – the chairperson of UPA, the Atal Rohtang Tunnel set at a height of 10,000 feet will be inaugurated by the current PM of India, Mr. Narendra Modi. Located at the foothills of the Pir Panjal range, this BRO-led project got completed in September 2020 instead of the earlier estimated deadline of May 2020 due to the pandemic.

Despite the lockdown, this project seems to be all set to welcome the travelers in a matter of just three months’ delay. To get a better understanding of what the tunnel has to offer, check out the tunnel’s features, advantages, and the challenges faced by Borders and Roads Organisation while executing this high-end project.

Features Of The Atal Rohtang Tunnel

Also Read: Taj Mahal Reopens for Visitors – Here’s What You Need To Know

While cutting through hard and different kinds of rocks is not an easy task for the BRO to perform under extreme weather conditions, the team also had to face a lot of natural obstacles that disrupted the construction on site. Making their way through those stumbling blocks, at the end of this successful project, the Atal Rohtang Tunnel will now be able to embrace the mobility of close to 3000 cars and 1500 trucks on a daily basis. While this is still subject to the conditions that will prevail post the Covid-19 era, the travel bug is sure to bite many as soon as this tunnel is inaugurated. Excited much?